Daisy Dream is one of the newest massage parlors in Bangkok. Yet it is also one of the most notable. Almost instantly the place gained notoriety for the elaborate design and decoration that lines the interior of its otherwise unassuming building on Soi 33. But in the time since opening Daisy Dream has become more well known for staffing a large number of skilled lovely ladies who offer a luxury level of service.

Of course there is no shortage of massage parlors in Bangkok. Especially these days as it seems new places are opening all the time. Some entire streets are not lined with massage parlors on both sides. Yet it is quite easy for the places to all sort of blend in with one another. A guy may even forget where he was just a day or two before as many shops are nearly identical.

That is certainly not the case with Daisy Dream. I don’t think anyone could forget the place after a single visit. It really stands out from the crowd like few other places can. In that it joins the ranks of a handful of high end massage parlors that have opened in Bangkok in recent years. Yet it is not nearly the most expensive place in town. This just goes to show that that price doesn’t always reflect quality. In other words the best places aren’t always the most expensive. And vice versa.

As mentioned earlier Daisy Dream is located on Sukhumvit Soi 33. Traveling north from Sukuhmvit Road proper it is located at the end of the third short soi on the right. So it lies between the previously reviewed 7Heaven pink salon which is closer to Sukhumvit Road and Dozo Massage which is further up Soi 33. There is very clear signage on the strip that holds Daisy Dream so the shop is quite easy to see. In any even the side sois are very short and the shop can actually be spotted even from Soi 33 itself.

Entering the Daisy Dream stop is a bit like stepping into another world. The inside of the shop is very well appointed with an Asiatic decoration style that really has to be seen to be appreciated. Although it looks very good it is also somehow welcoming and comfortable. Nice private seating lines the wall while the multilingual female Thai manager welcomes customers from her station towards the end of the room. More on her later.

The rooms at Daisy Dream are just as nicely done as the main lobby. They are perhaps a bit more sparse but that is by design. Form must fit with function after all. A good example is the jacuzzi rooms which are organized with service in mind. Along with the bubbling bath they are fitted with purpose made inflatable mats for nuru massage.

Of course the decorations aren’t the draw for customers at a massage parlor. Though they can help set the scene they are just a backdrop for the staff and services that a place has to offer. Suffice it to say that Daisy Dream didn’t stop putting in work when it came to laying out the place. That is reflected in the women who work at the shop and the way they approach their clients and their work.

Nuru massage has become popular all over the world. Originating in Japan the service basically consists of a skilled therapist sliding her body over and against a customers with the aid of a very slippery nuru lotion. Real nuru lotion is made from seaweed. And real nuru massage therapists are skilled at using it. These days there are a lot of people and shops claiming to provide nuru massage to pull in customers even though they use substandard gel and employ unskilled staff. At Daisy Dream the women know exactly what they are doing when it comes to nuru massage. And they use the authentic nuru gel as seen in Japan.

Ever session in a place like this can take on a life of its own. And rarely are any two sessions the same. But generally speaking the women bathe their customers from head to toe in a way that is erotic and alluring. As well placed touching gets things going sessions then usually proceed into oral followed by covered full service in multiple positions. Every masseuse is different but all who work at Daisy Dream seem to really know their way around a man’s body. Many apparently even know their way around the female form too as the place warmly welcomes couples as customers.

The ladies of Daisy Dream

There are several dozen women working at Daisy Dream overall. In fact the shop might have one of the largest staffs I have ever seen in a Thai place of this kind outside of the large soapy massage parlors. Of course all of the women do know show up simultaneously but rather filter in and out throughout the day as is the norm in many such places.

The prime time for the shop seems to be between 4 and 10 o’clock when it comes to staff. Between those hours it is normal to walk in and find more than thirty available women. Although the shop lobby is quite large and long the lineups actually stretch from one side to another. There are that many women working!

Although the place is popular it is never overrun with customers either. It is common to run into other guys in the lobby area. But I would never walk in and expect to be unable to find a seat. I definitely wouldn’t expect to walk in and be told that there were no women available either. The staff numbers then match up nicely with the actual customers base.

There are many women working at Daisy Dream so customers always have a choice of service providers. Yet there isn’t such an overabundance of women that the gals would go without customers and try to find work somewhere else either. This sort of balance is difficult to strike which can explain why so many Bangkok massage parlors these days may have only two or three gals on hand when a guy walks in off the street.

The aforementioned Thai woman who runs the front end of the shop was formerly a mamasan over at the Ginza go go bar on Walking Street in Pattaya. Apparently she brought quite a few gals with her when she switched over to working at Daisy Dream. Those gals were joined by even more thanks to a rigorous recruitment drive by the shop. When the place first opened it had just a handful of women as may be expected. By now things have really changed.

Even in what might be considered off hours there are many women working at the shop. At noon when the doors first open for the day there are usually ten or more ladies there. So even when some are busy in the rooms with other customers I would never expect to walk in and not see several gals waiting for clients.

From what I have seen the ladies all look good too. I haven’t seen any elderly or vastly overweight women at Daisy Dream. Although it may seem strange to the unaccustomed the same simply cannot be said of many massage parlors in Bangkok and the rest of the country. Indeed all the gals I have seen at Daisy Dream are pretty and proportionate. Perhaps more importantly the gals all seem to be quite talented when it comes to their work.

There is a lot of discussion about people who observe and participate in the industry when it comes to prices at places like this. For years the standard at oily massage parlors was that an hour or so of full service cost around 2000 Baht. But those oily massage parlors were mostly just converted shop houses with mattresses and maybe a shower in the corner. So when nicer places with specially trained staff started appearing it only made sense that they would charge more. The biggest issue is that some of the mediocre or even run down shops took that as a sign that they too should increase their rates without improving their shops or service. Or expanding or training their staff.

As I wrote earlier the prices at Daisy Dream aren’t all that expensive especially when taking everything into consideration. For example they do offer a forty minute session for 2000 Baht ($65 USD). More notable and perhaps appealing is their 5,000 Baht ($162 USD) set that entails ninety minutes of nuru massage and more in a jacuzzi room with one of the ladies on staff. That is of course more than 2,000 Baht but much more is also involved. Even then the price is lower than some similar shops in the immediate area charge for even a basic session.

It is possible to splurge at Daisy Dream but even then the prices are quite reflective of the situation. Two hours of nuru massage and more in a jacuzzi room with two of the ladies on staff costs 10,000 Baht ($324 USD). That’s double the rate of the single lady 90 minute jacuzzi service but it also adds another service provider and extends the appointment by an extra thirty minutes.

I know all of this from inquiring directly with the shop. There is some sort of unspoken rule that keeps massage parlors in Bangkok from posting their prices or menus on their websites these days. But Daisy Dream has an account on the Line app under the ID @daisydream_massage. Through that they are very responsive and able to reveal all the important details. The same as inside the shop.

No matter the amount of time or type of session booked the ladies who work at the place certainly know what they are doing. Obviously I haven’t spent one on one time with every gal who works at Daisy Dream. But you can get a general feel for a place by spending some time inside and interacting with the people who work there. It is possible to find a single standout service provider in any place. But when a shop staff multiple experts it usually means the staff as a whole is experienced and professional. 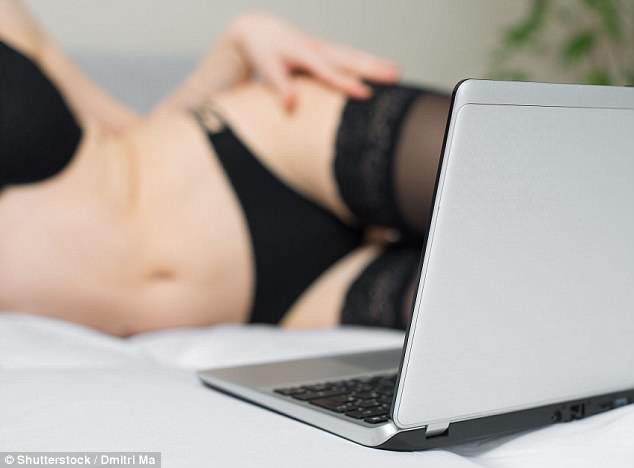 There are those who bemoan the state of the adult entertainment industry in Thailand. Or even around the world more generally. As someone who has reported on the scene regularly for nearly a decade and observed it for even longer I can appreciate what they are saying. Yet the fact that places like Daisy Dream continue to open in well known and easily accessible areas like Bangkok’s Sukhumvit Soi 33 shows that there is still a lot of life and vibrancy to be found.

The days of the three hundred Baht girlfriend experience are long gone for the most part. But there are now many things that simply didn’t exist in years gone by. I wouldn’t say there is a massive rise of luxury massage parlors in Bangkok or really anywhere else for that matter. But in the last few years a select few places have opened where it is obvious that the people involved really want to provide a top service in suitable surroundings. Daisy Dream is that kind of place. And yet it still manages to stand out from the pack further thanks to its design, large staff, pricing, and way of doing things.

Daisy Dream is an extraordinary massage parlor in an ocean of mediocrity. Looking beyond its elaborate adornment and ornamentation it is easy to see a dedicated staff and management that wants customers to leave happy. It appears no expense was spared putting the place together. Yet the shop doesn’t try to extract every last Baht from its paying customers either. Daisy Dream is as well run as it is constructed. I give it five stars.